In Silesia, Poland, the largest mining region in Europe, mine closures are looming. The European Green Deal aims to reduce CO2 emissions by 55% by 2030 and achieve climate neutrality by 2050. But for this energy transition to be just, the decarbonisation process must guarantee the rights and means of subsistence of the workers concerned. In Poland, this transformation raises both hopes and fears, and while miners understand the need for change, they also fear for their future and that of their region.

Poland has closed two-thirds of its mines in the past 30 years, reducing the number of jobs in the sector from 300,000 to 80,000, according to miners’ unions. The impact of these closures has been uneven. While Katowice, the capital of the “voivodship” or Silesian province, is undergoing new development, social conflicts and pockets of poverty have arisen in many other towns where mining was previously the main source of income. The closures also appear to have had little impact on greenhouse gas emissions, leaving many miners to wonder to what extent simply closing mines can solve the problem without a fundamental change in Poland’s energy model.

Along with the mine, the Laziska Steelworks is the main employer in and around the municipality of Laziska.

The Polish economy is highly dependent on the metallurgical industry, 74% of whose energy comes from coal (domestic and imported) while only 15% comes from renewable energies. Under these conditions, achieving the EU’s 2030 targets will not be an easy task. And while many in Poland understand that change is needed – the country has 36 of Europe’s 50 most smog-polluted cities, including 12 in Silesia – the question of how exactly to bring about this change has many scratching their heads.

A reading of history shows that the miners’ fears are well-founded: “Since 1989, no one has managed to restructure a mine,” says Andrzej Chwiluk, president of the Polish Miners’ Union (KWK) at the Makoszowy mine in Zabrze. Equal times. “The decision to close our mine was made within a week. Nobody said, ‘Get ready guys, because in a year or two we’re going to close. No, they just gave us a dismissal certificate and that was it. It made no economic sense. We had one of the most modern mine shafts and even won the safest mine award,” he says. When the Makoszowy mine was selected for closure in 2016, it employed 1,700 workers. Of these, 500 remained to maintain and secure the wells, administratively manage land and employees. This number will be reduced to 80 by 2023, the final closing date.

The Makoszowy mine in Zabrze ceased mining activities in 2016. Since then it has been in the process of being closed, with completion scheduled for 2023. Currently, 200 people work there.

“It can take up to seven years to close a mine, like ours. During this time, not a single new job has been created here,” says Chwiluk. “We still have 200 employees. Women are in the most difficult situation. After 37 years of work, unable to retire, they are offered jobs as cleaners or supervisors at a service station. An accountant, who has spent her whole life in the office, monitors gas pumps on the outskirts of town, in the middle of nowhere and even has to work nights. It is not always possible to get there by public transport and most of them do not have a car or a driver’s license, not to mention the money to pay for it. And it is unlikely that their salaries will be maintained. It looks like the same story will repeat itself in the mines that are now closing.

Andrzej Chwiluk, president of the Polish miners’ union KWK Makoszowy, with his grandson.

In May 2021, after tense negotiations, miners’ unions signed a social agreement with the government on the transformation of the coal mining sector, which provides for the continuation of operations at individual mines until 2049. The document establishes a phased closure schedule and a benefits package for miners, including one-time severance packages. However, its implementation depends on the notification procedure of the European Commission and a favorable opinion is not guaranteed. Although the request was sent at the end of February, the status of the negotiations is still unknown. One of the possible reasons for this delay is the armed conflict in Ukraine, which has seriously undermined EU energy policy.

The year 2049 could prove to be too late a date for the European Union. Additionally, the deal provides for two mechanisms that could jeopardize the provision of funds for transformation – public allocations to the sector and investments for the construction and launch of what the pact defines as “clean coal facilities”, which are used for coal gasification. for synthetic natural gas, among others.

Miners of the Piast mine in Bieruń, Silesia, working 650 meters underground. The mine is expected to close in 2035.

“The agreement gives us the guarantee that no one will lose their job and that the closure will be gradual,” explains Jerzy Demski, president of the workers’ union at the bottom of the Piast mine in Bieruń. “In 2017, the government told us that Poland needed coal, millions of investments in machinery, training and even scholarships to attract students. Barely three years later, they wanted to shut us down, practically overnight. Now we know we have almost 30 years to plan everything. But we have to start acting, because time is running out and nothing has been done since the agreement was signed.

According to the schedule, the Sośnica mine in Gliwice will stop extracting coal in 2029. The mine currently employs 1,800 people, 800 of whom will stay by 2029 to ensure the closure process. “Some of the remaining 1,000 people will retire, but for the rest it’s a problem,” says Paweł Klucewicz, 37, president of the KONTRA Miners’ Union at the Sośnica mine. “Now management is looking for excuses to fire people. It happened with a miner who had an accident at work and was then fired at the end of his sick leave. Management claimed he was absent too long. And those who are made redundant now will not receive severance pay. Only those who leave after the closure in 2029 will receive it.”

Paweł Klucewicz (left), president of the KONTRA miners’ union, and Mirosław Wilk (right), member of the Sośnica (Gliwice) mine union, pose in their official miners’ uniforms. Both have worked in the mine for over 13 years.

“I understand. We have to give up coal, no problem,” adds Mirosław Wilk, member of the KONTRA union at the Sośnica mine. “But give us something back! Nothing new is opening up here! Wilk has worked underground for 13 years. He shares a 46 square meter apartment with his wife, who works in the processing plant of the same mine, and his two children. His accommodations are a far cry from the myth of the rich miner. 120,000 zlotys [approximately €25,600 or US$26,800] severance pay is enough for me to live for a year. I am 44 years old and have spent most of my professional life in the mining sector. Who’s gonna give me a job now? The special economic zone we have here [in Katowice]how many workers can it really absorb?

Panoramic view of Katowice, the capital of the province of Silesia.

Companies in SEZ Katowice, a special economic zone, enjoy preferential conditions such as tax exemptions. It was created in 1996 with the aim of supporting restructuring processes and creating new jobs in the region. Since then, the special economic zone has created 90,000 jobs. The mining industry currently employs 80,000 people and, according to the unions, one job in the mine generates four jobs in related sectors.

“There are no unions in the private sector either, no collective agreements, no benefits, nothing,” says Chwiluk. “Most of these contracts are garbage; they are for a short period of time with no guarantee of extension. When they decided to close our mine, we came up with ideas on how to use the mine land and infrastructure to create jobs. We proposed a waste incineration plant, a hydroelectric plant using mine water, solar farms on unusable coal heaps, a car depot in a mine siding, even bottling and the sale of fresh water from the mine. All of these things would employ about a thousand people, but no one took these projects seriously. It turns out that Greta Thunberg came to see us. It was while discussing with her and with the NGOs that I finally had the feeling that someone was listening to us.

Participation in decision-making processes is one of the cornerstones of just transition, but in Poland it is only just beginning to be discussed. “All parties need to come to the table and develop a more holistic view of the whole process, which puts workers and the local community at the centre. It hasn’t been done so far, but I want to believe that this time there is more hope,” says Patryk Białas, city councilor and member of the Katowice City Mining Commission.

The Guido Museum in Zabrze, built in an old mine, is the largest underground complex in Europe, with 10 kilometers of pathways to explore. It now employs around a hundred former miners. Roman Chytry, a retired miner, is now a museum guide.

Retraining, another pillar of the just transition, has not been easy either. Classes are rarely held, and when they are, they teach skills like languages, hairdressing, and even floristry. “The union would be happy to help organize refresher courses, because we know what companies need, but everything is decided at EU level. Nobody consulted us on the subject and I have yet to see a project that would really increase the qualifications of the workers,” says Marek Klucewicz, chairman of the national committee of the KONTRA miners’ union.

According to information provided by Sławomir Gruszka, spokesperson for the office of the President of the Silesian Voivodeship, the province developed the energy project in cooperation with the special economic zone of Katowice, with the aim of improving the skills of workers and increase employment. The project targets 310 people, including miners and workers in mining-related companies who are at risk of being made redundant. Scheduled to begin on December 1, 2021, registration for the program has yet to begin.

The Ziemowit mine in Ledziny, Silesia, is scheduled to close in 2037.

“We need training and support to create jobs, but I think we also have to consider modernization and new technologies,” says Klucewicz. “We must reduce the amount of greenhouse gases while ensuring the country’s energy independence. Given what is happening in Ukraine, we may have to reconsider. 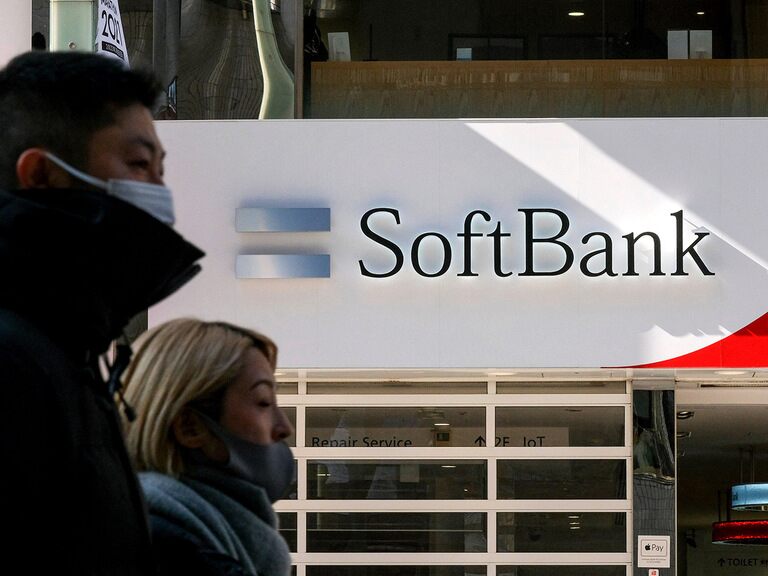 SoftBank considered listing Arm in New York, but the UK government is continuing efforts to …